In the UK, it is often the gems buried the deepest that turn up most magnificent. Actor, writer, and producer Daniel P. Lewis is no exception. His raw talent has begun to gain international attention, as has the impressive body of work he has churned out in such a short time.
After only two years of studying at the Millingtons School of Performing Arts, he generated a buzz among critics when he wrote and starred in his short film Thomas.
Daniel’s emotional leading role in the film earned a positive reception from critics and on the film festival circuit. He played a 28-year-old man with cerebral palsy who refused to let his condition define him. The impressive performance proved a strong debut as a writer/director in the contemporary film scene.
In an ironic twist, before he started acting, Daniel was going to debut as a fighter in 2014, but a critical accident shattered his boxing career. Despite the overwhelming adversity he faced during his recovery, he gravitated toward his second passion and developed a budding career in film.
Thomas is now being adapted into a feature-length film, adding to Daniel’s milestones, which include winning five of the nine awards for which he was nominated.
His stellar performance earned him the Best Actor awards at the Nottingham, I Am, Reel Shorts, Overcome, and Liverpool Film Festivals.
Other notable works are his performance as Danny in Fighter from the Docks, in which he co-starred with Ricky Tomlinson, known for his role as Jim Royale on the long-running BBC sitcom The Royale Family. In 2018, Daniel’s versatility came alive in his role as Michael in the remake of the classic period drama Wuthering Heights.
Daniel P. Lewis’s drive speaks for itself. He established his production company, Daniel P. Lewis Films, in 2018, and his acting and writing careers continue to build momentum. His versatile skillset, talent, and relentless work ethic suggest no sign of slowing down any time soon, and his best work is yet to come. 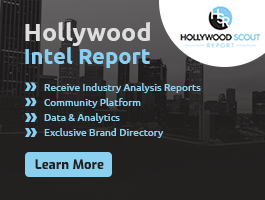